Japan's National Institute of Advanced Industrial Science and Technology (AIST) is promoting the transfer of various technologies, know-how and software licenses owned by AIST. If you are interested in technology transfer of OpenRTM-aist and its related technologies, please contact the following person or the Technology License Office of AIST.

By generating RTCProfile and RTSProfile from the parts existing on the SysML internal block diagram and linking with OpenRTP provided by OpenRTM-aist, it is possible to create a template of the source code of the RT-Component and the robot systems. It realizes the restoration of the components included in and their connection relationships.

RTMSafety is the world's first middleware for robots that has acquired IEC 61508 certification, which is an international standard for functional safety, assuming implementation in robot safety-related systems. For robots that require high reliability and safety, it contributes to the reduction of development cost and shortening of the development period. (From the above web page.)

DAQ-Middleware is a generic framework for networked distributed data acquisition system development. It provides a set of components and a tool chain to realise easy development of data acquisition from sensors, data gathering through networks, data analysis and data visualization. 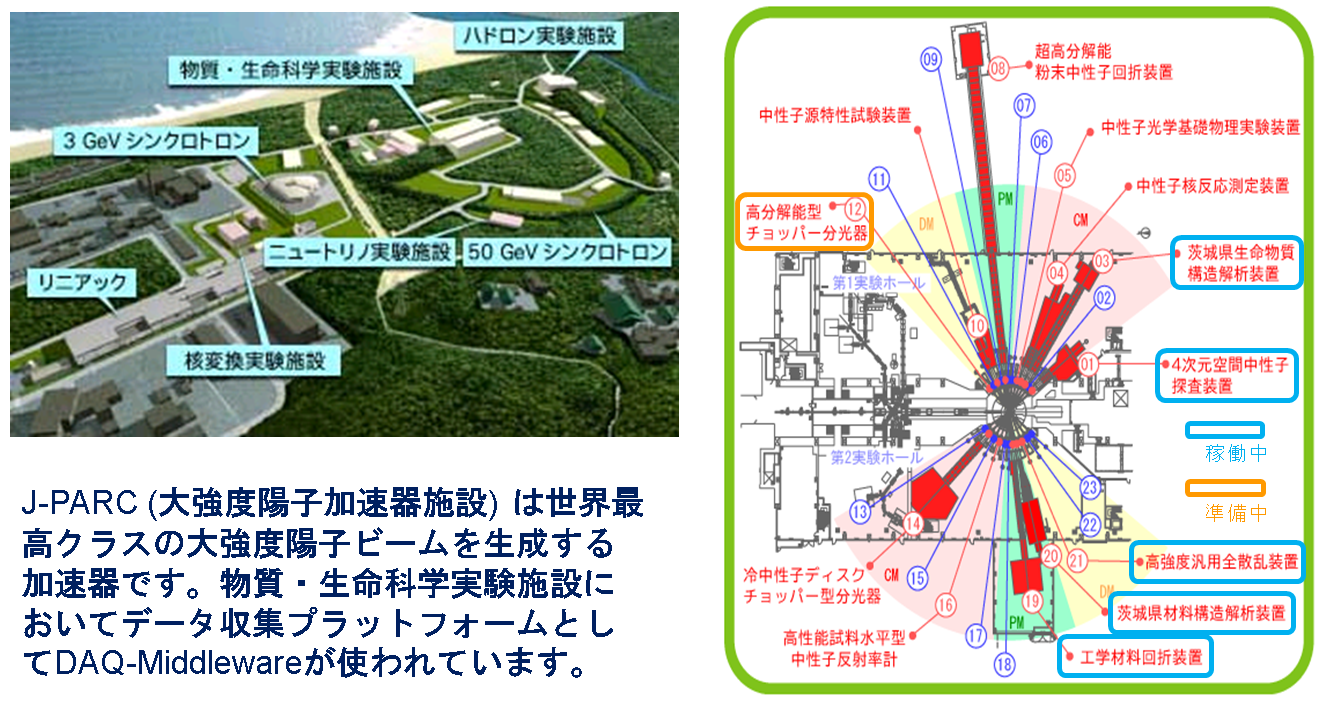